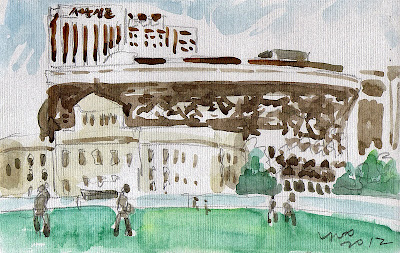 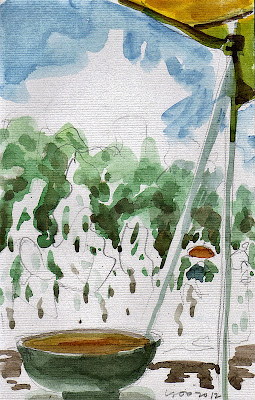 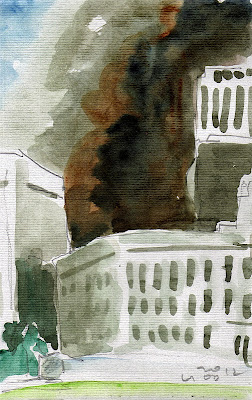 big fire smoke backward of city hall buildings, which was caused by a fire at the construction field of National Contemporary Art Museum, Seoul 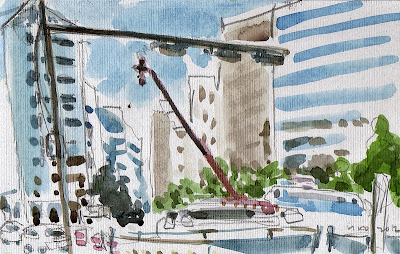 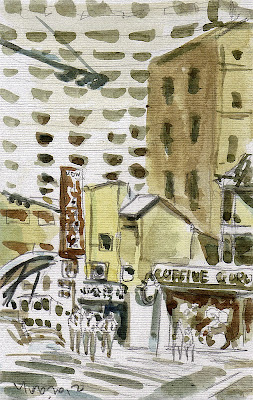 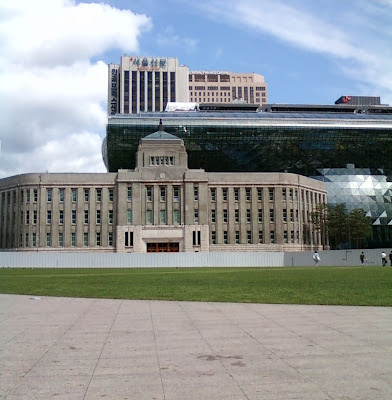 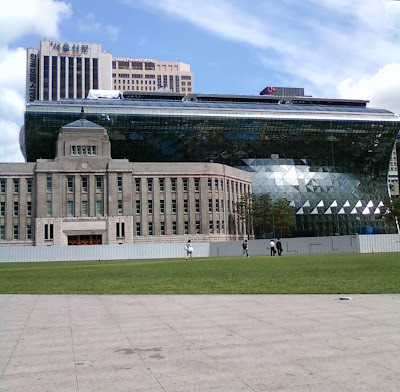 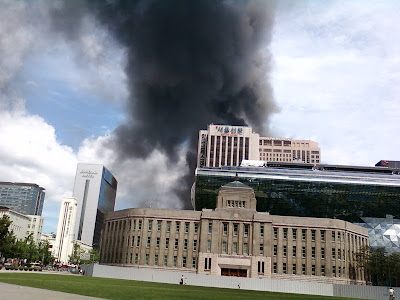 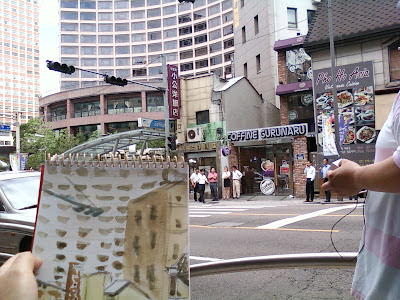 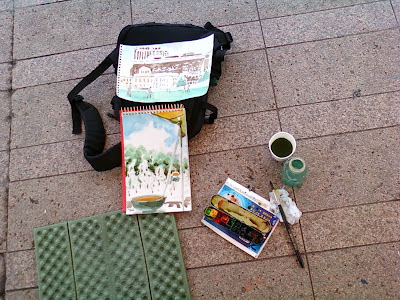 After sending some dried food by parcel post to my daughter at Gwanghwamun Post Office I walked around Taepyeongro street. At Seoul Plaza there was a tent which seemed to be installed for citizens with benches, where I could sketch very comfortably. After sketching two I could see a big smoke behind the city hall buildings. Because I didn't have seen such a big smoke, at first I thought it was a kind of dark cloud expecting a shower soon. But it looked too dark, nearly black. So I asked two policemen who stood near me, "Hello, is it a kind of cloud or a fire smoke?" The were surprised at the scene and went forward to the direction of smoke and came back saying "There was a fire!". I started to draw the scene already. The fire seemed to cease within 10 to 20 minutes and the sky looked clear again. On the way coming home I heard that there was a big fire at the construction field and four laborers died unfortunately. Very sad to hear that.