sketches at the exhibition "Discoveries from the Sinan Shipwreck", National Museum of Korea, Seoul 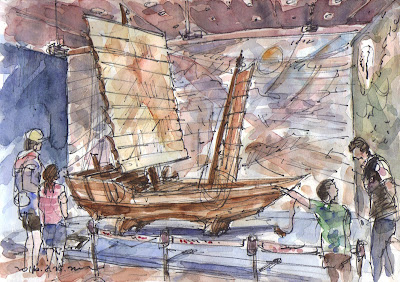 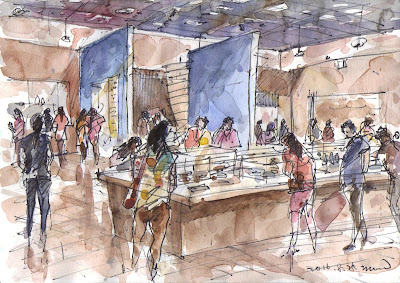 visitors in the museum 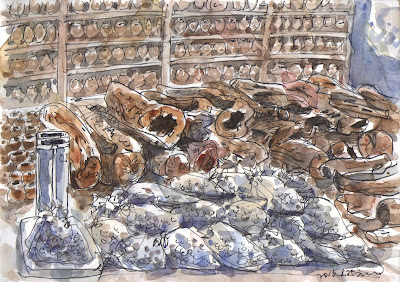 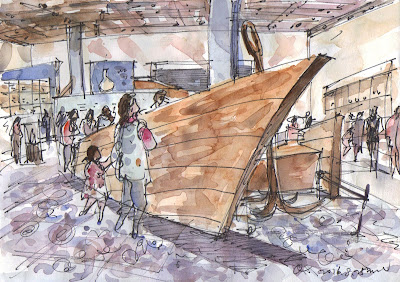 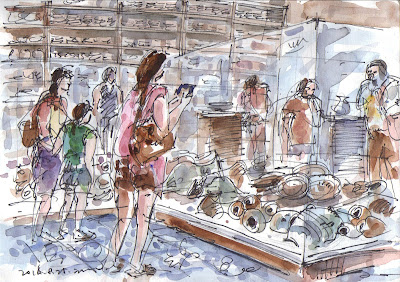 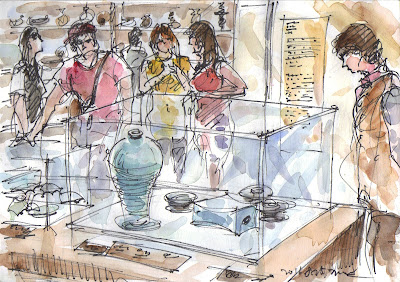 people was looking at the Goryeo Dynasty's ceramics. (고려자기) 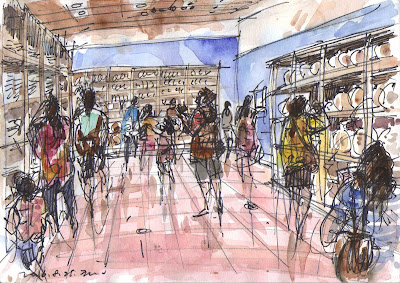 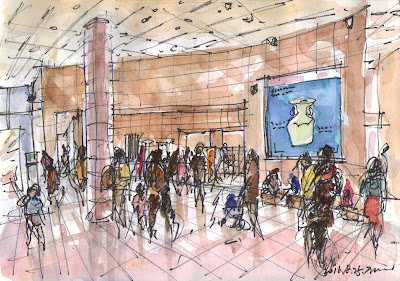 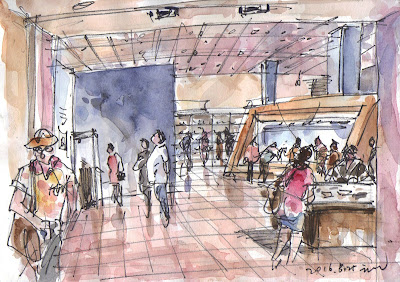 
I visited the National Museum of Korea, Yongsan, Seoul last week. There was a special exhibition "Discoveries from the Sinan Shipwreck"(신안해저선 유물전). I want to quote the introduction written in the brochure for the exhibition as follows.

"The National Museum of Korea proudly presents Discoveries from the Sinan Shipwreck, a special exhibition commemorating the 40th anniversary of the excavation.
Excavation of the Sinan shipwreck began when a local fisherman caught a celadon vase in a net off the coast of Jeungdo, Sinan, Jeollanam-do Province in August 1975. Starting on October 27, 1976, the Bureau of the Cultural Heritage (currently the Cultural Heritage Administration of Korea) initiated a full-scale excavation and salvaged a huge quantity of artifacts---amounting to 24,000 pieces. These discoveries from the Sinan Shipwreck are presented in this special exhibition.
The comprehensive special exhibition was organized to present as many artifacts as possible from the Sinan shipwreck. While appreciating these remarkable cultural treasures, visitors can also gain a deeper understanding of the nature of the Sinan ship and fourteenth century trade and exchange of East Asia.
Sunk beneath the sea for around 650 years, the Sinan shipwreck appeared to us like a time capsule, an we hope that this exhibition will serve as a turning point for future research on the shipwreck." 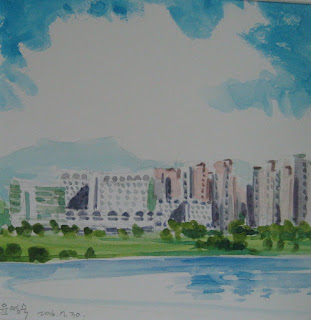 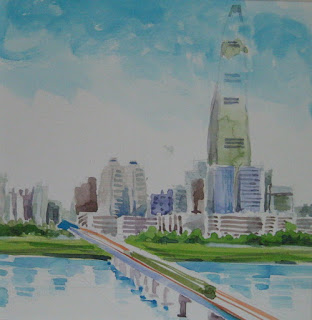 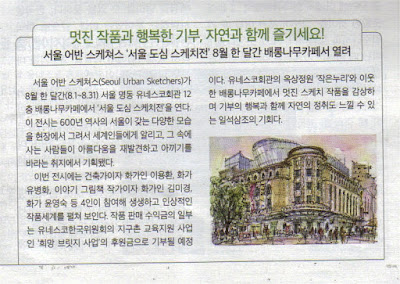 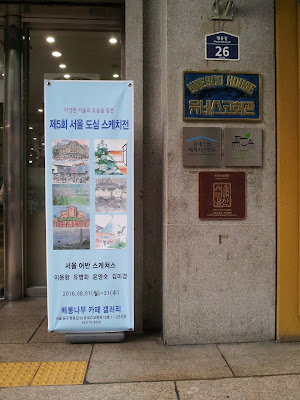 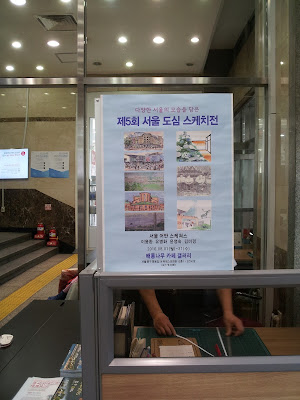 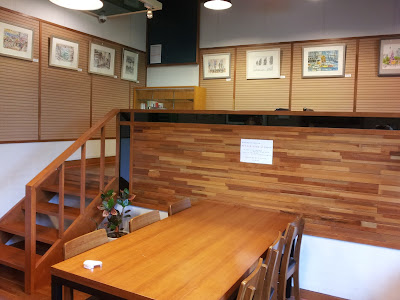 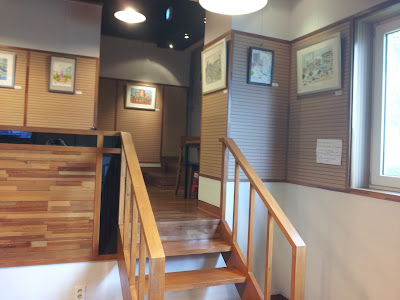 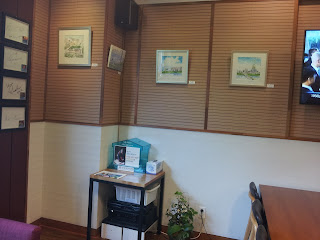 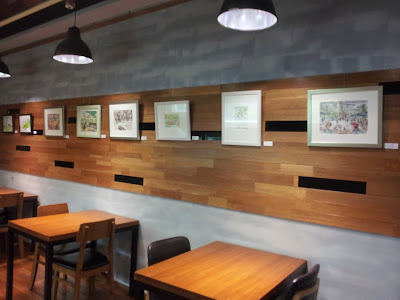 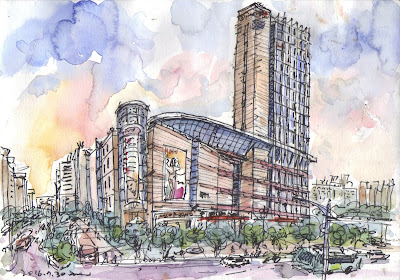 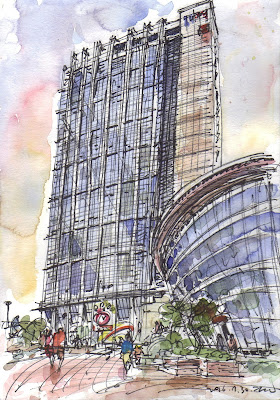 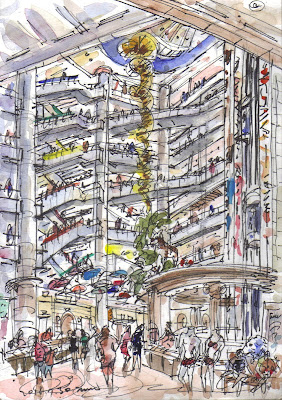 an interior scene sketched on the 1st floor in shopping mall 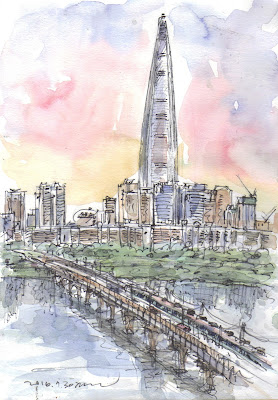 Lotte World Tower and riverside scenery across the Han River 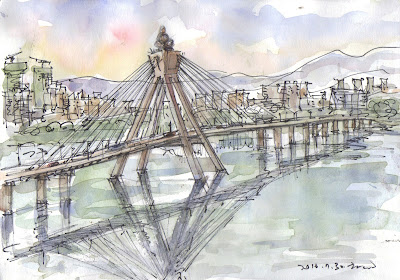