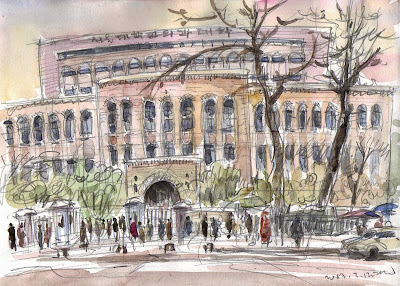 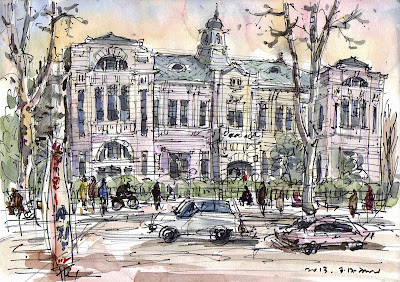 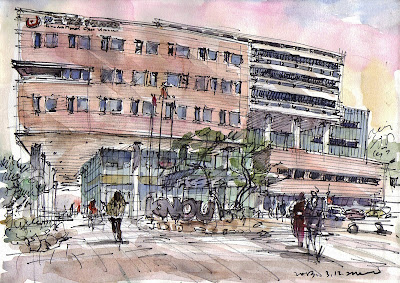 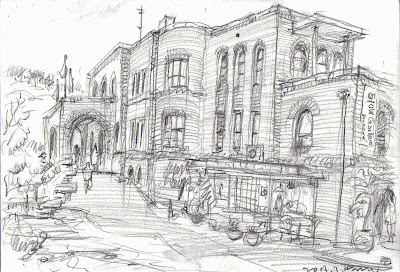 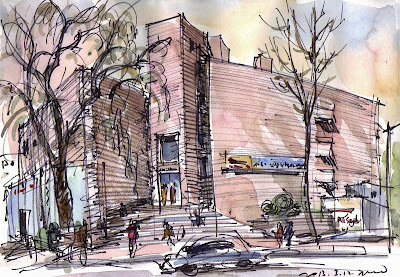 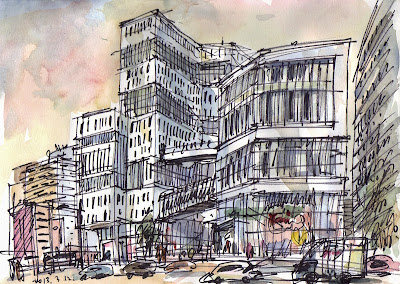 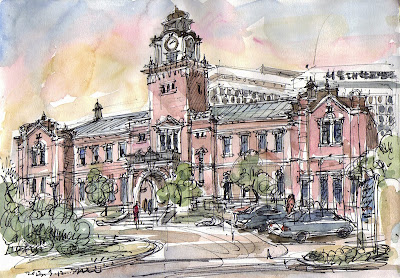 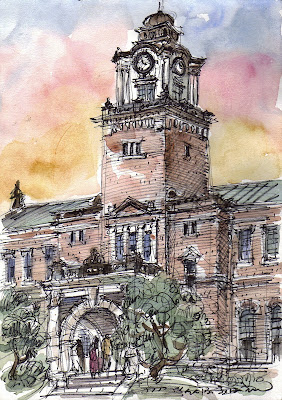 the entrance of Clock Tower Building (Daehan Hospital), pen and watercolor
.
(21 x 29.6cm sketchbook)
.
﻿Daehangno(University Street), known as the street for young people, is the former location of Seoul National University. Moving of Seoul National University led the opening of the Art Gallery and Art Theater of the Literary Hall and development of cultural space in the same area.
In 2004, Seoul Metropolitan Government designated Daehangno its second“culture street,”after Insa-dong. More interestingly, Daehangno is home to several examples of colonial architecture, including the old Daehan Hospital(1907) and the old National Industry Institute(1908), and so on. Those are well preserved beautifully as the cultural asset.
I sketched some well-known buildings around Daehangno looking back my old times, and was impressed by the harmony between the old and new architectures.

lovely sketch by Chun So-jeong at a small library 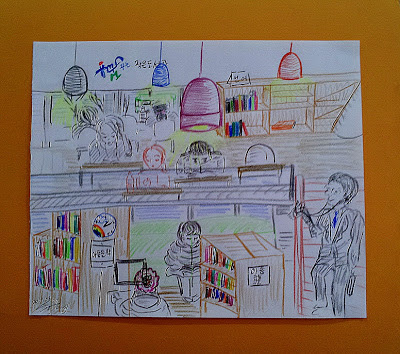 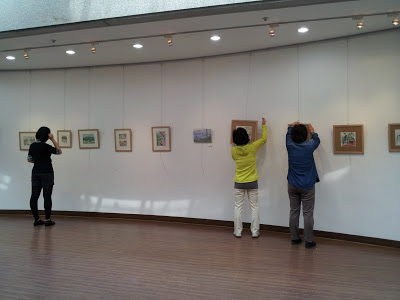 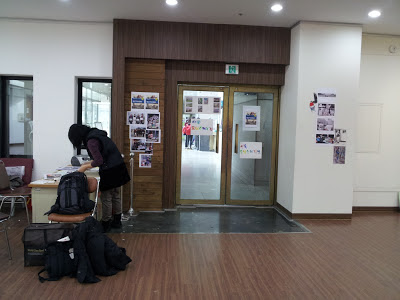 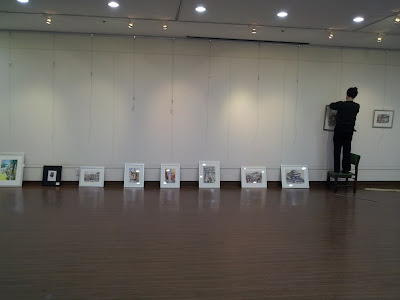 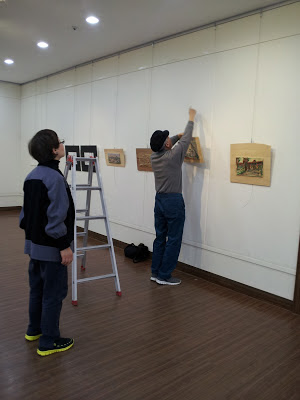 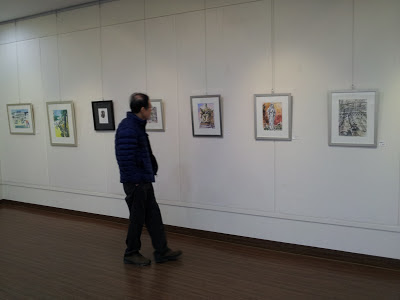 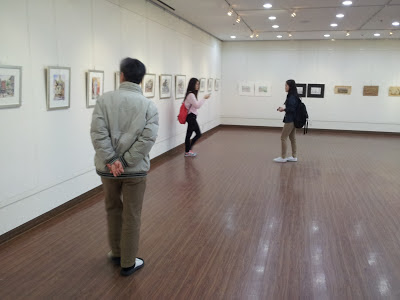 Much thanks to the nine sketchers, Lee Yong Hwan, Choi Seung Won, Jung Kyoung Won, Hwang Hwa Sook, Yoo Hae Lim, Kim Mi Kyung, Lee Kyu Hwang, Chun So Jeong, Yoo Byung Hwa, in this 4th exhibition! We feel so glad looking the results. Also we wait for many sketchers to join us some day. Thank you all! 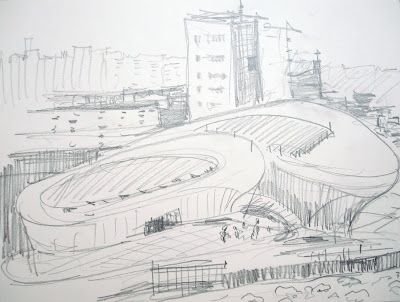