The 5th candle rally at Gwanghwamun 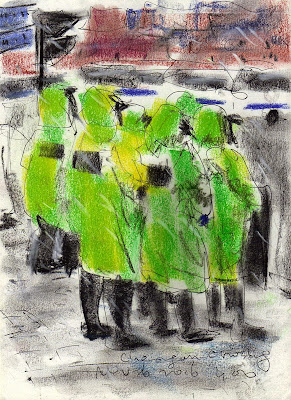 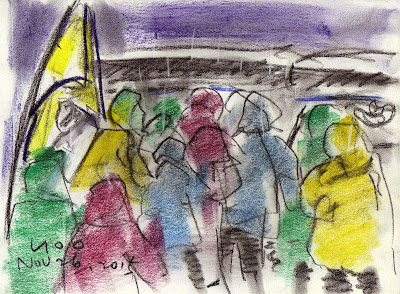 people wearing raincoats at Cheongun-dong not far from Blue House 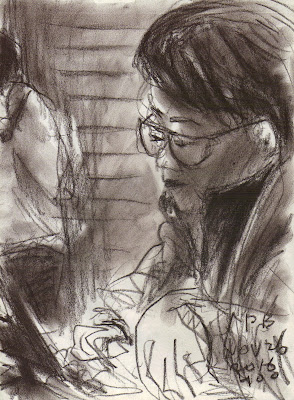 a guy with his notebook at bakery 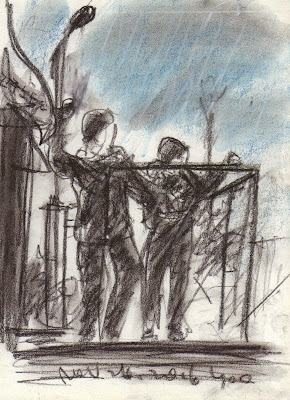 free speacher and MC at temporary stage on truck 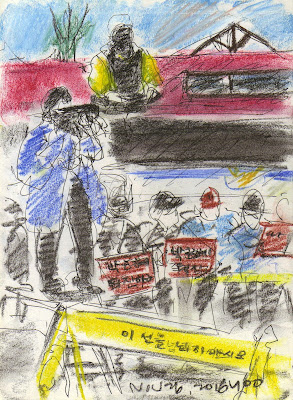 cameraman on ladder at Cheongun-dong 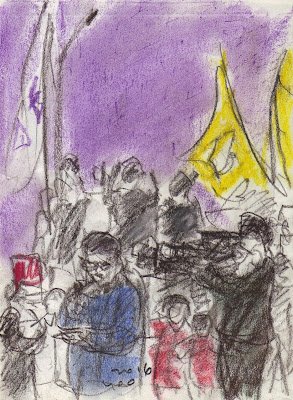 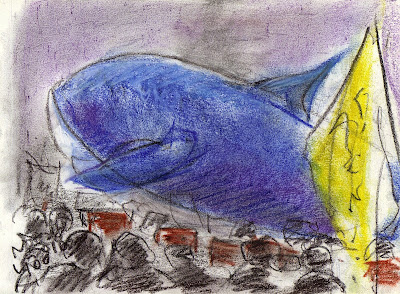 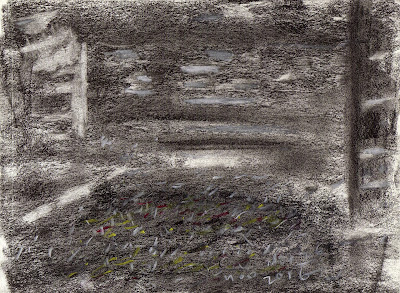 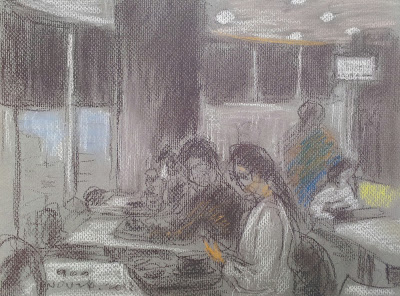 Though William and JH Yi had sent texts that they wouldn't be able to join the sketch I tried to make a sketch at food court in Seoul Station waiting for somebody but nobody had shown. So I and YH Lee left for Gwanghwamun to sketch candle rally at 11:10 am.
conte, pastels, 24 x 32 cm 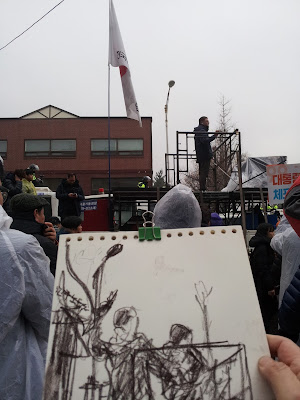 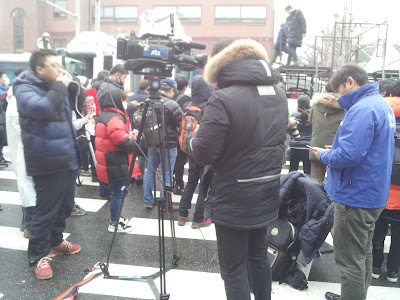 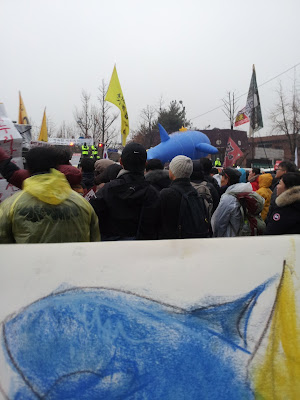 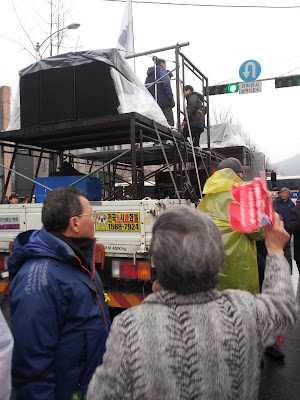 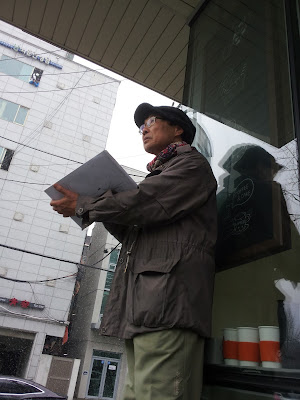 YH Lee stood on higher level for better view in front of bakery. 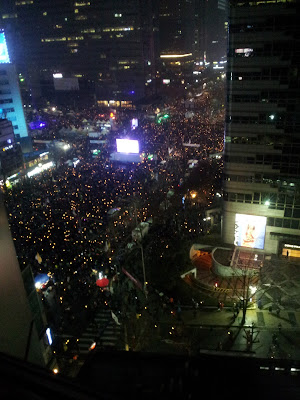 It was amazing that people finished all the demonstration in a very honorable way full of peace and matured manners. Regardless of bad weather of snowing people gathered. Though the number of people gathered at that place might be not big enough to be compared to the total population we could feel the unified mind just being in that candle rally. It was a great experience to see the candles lighted on after light-off at once from the 10th floor of Officia building. Hot packs, water, candles, hot tea provided by citizens were thanked very much on such a cold snowy day.