sketches at the museum in Goyang City 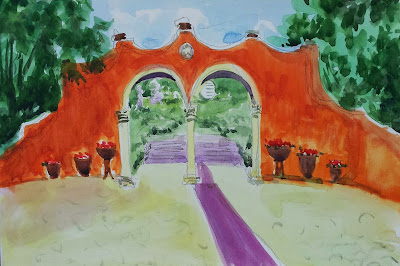 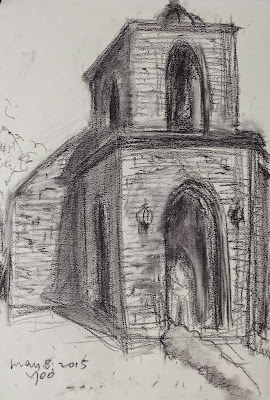 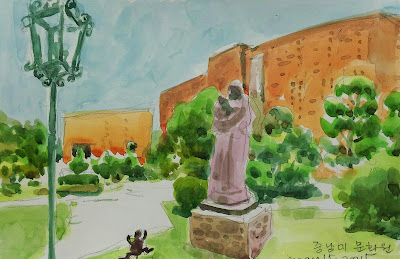 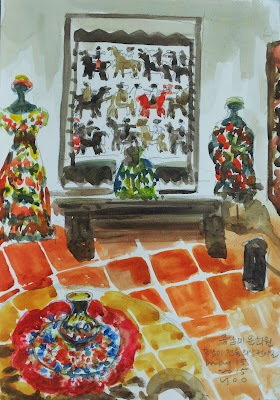 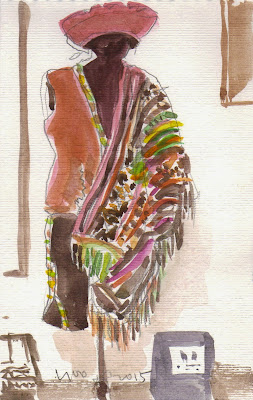 one of the traditional costume exhibited in gallery, 27.5 x 17.5 cm 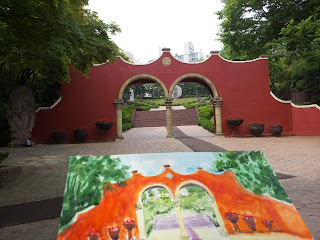 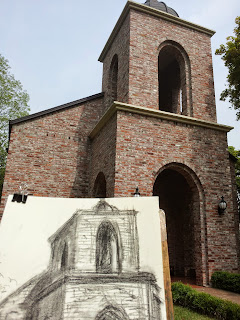 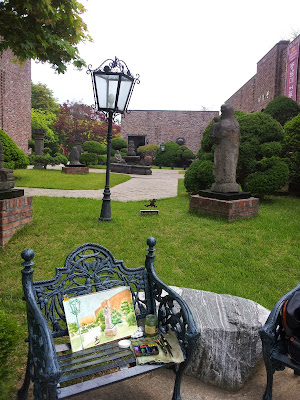 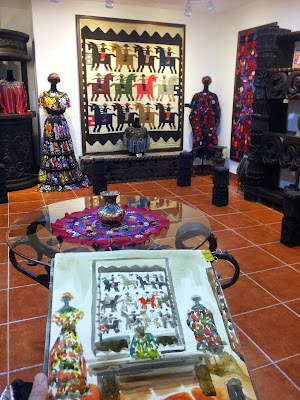 I went to Centro Cultural de American Latina Y Museo (중남미 문화원) located at Goyang City. The place was very beautiful with brick buildings such as museum, art museum, religion building, sculpture park, and so on. Shiny weather added the pleasure to walk here and there seeing the great sculptures in nice garden. Of course I could see lots of cultural sculpture works inside the museum. And there was a souvenir shop too. There were various kinds of decorative goods such as ring, bracelet, necklace, wallets which are of characteristic design of Latin America. There was a special exhibition of the clothes and textiles of the traditional wearings. The museum was originated by the former ambassador Lee Bok-hyeong who had served as diplomat in Latin american countries for 30 years. He and his wife collected lots of precious works to establish a museum. It's said that such kind of museum about Latin America is the only one in Asia. Hope you to visit there some day.

I added three sketches drawn on today, 15 May 2015, with Kim Mikyung at the museum.
The quiet atmosphere with well trimmed garden trees was good enough to heal ourselves. The museum locates not far from Seoul. By subway or bus one may be able to go there within one hour more or less according to the distance. We enjoyed the serene mood as if the garden were ours. This time I captured two at the inside of the gallery where the Latin countries' traditional clothes were exhibited. We admired the efforts of the owner seeing all those exhibited works.